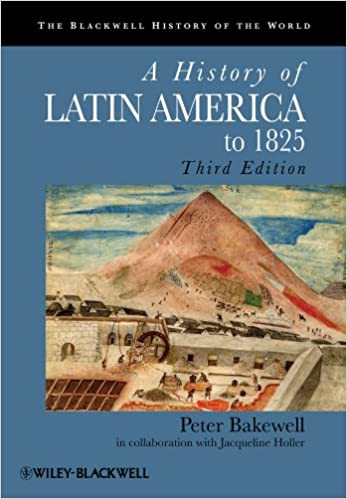 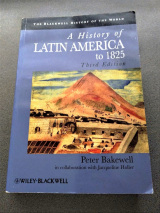 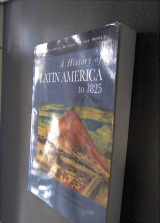 A HISTORY OF LATIN AMERICA TO 1825

OUR BOOKS ARE USED BUT LOOK VERY GOOD, SOME MAY COME WITH MARKINGS, AND HIGHLIGHTS, SCUFFS AND EDGE DEGRADATION.

WE DO NOT ACCEPT RETURN ON BOOKS.

WHAT WE THINK OF THIS BOOK.

GREAT BOOK RECOMMENDED TO ALL HEBREW ISRAELITES WHO WISH TO LEARN ABOUT THE HISTORY OF NATIVES AND SLAVES IN THE AMERICA, TRULLY INSPIRING AND WILL MAKE A GREAT TOOL FOR ISRAELITE TEACHERS.

From the Inside Flap

The third edition of Peter Bakewell’s highly successful narrative history of Latin America features several enhancements and additions, along with the expertise of historian Jacqueline Holler, to reflect the latest scholarship and further improve its utility for students and instructors. The book presents an epic treatment of Latin American history, beginning from the first human presence up to 1825, when the majority of Iberian colonies in America broke free from colonialism to emerge as sovereign states.

This edition of A History of Latin America to 1825 continues its emphasis on fundamental aspects of Latin American history – explorations, economy, administration, and politics – while addressing the region’s major social and cultural influences. Special emphasis is placed on illustrating the connections between changes in the colonies and the sweeping historic changes happening in the colonizing powers, Spain and Portugal. Adding depth and balance to the analysis are personal insights into colonial and pre-colonial Latin American society shared by the authors. Another highlight of this new edition is enhanced coverage of a variety of topics that have contributed to Latin America’s rich history, including the history of women, gender, Africans in the Iberian colonies, and pre-Columbian peoples.

Sweeping in scope, and supplemented with over fifty illustrations, maps, and photographs, A History of Latin America to 1825, third edition, provides a vivid analytical narrative of the historic events and cultural influences that shaped early Latin America.

Sold Out
Add to Cart